Understanding how brain works is one of the most exciting goals for the next decades. Ultra-short pulse lasers became an indispensable tool to achieve this goal and nowadays they are widely used in the so-called Multiphoton Excitation (MPE) microscopy. Compared to single photon fluorescence microscopy, MPE microscopy allows imaging of living cells at an unprecedented depth and precision. In MPE the fluorophore excitation is driven by two-three photon absorption, which is a threshold phenomenon occurring only where the optical intensity is sufficiently high. In this way, the excitation occurs only at the focal point of the laser beam leading to extremely high signal to noise ratio. Moreover, by using near infrared ultra-short pulse lasers, the scattering phenomena are strongly reduced and imaging of deep tissue layers of central nervous system is made possible.

In vivo two-photon fluorescence imaging of jRCamP1a-expressing neurons in the mouse neocortex at the depth of 540 µm using the LITHIUM SIX 1050 laser source (1047 nm, 140 mW on the sample). Courtesy of Dr. M. Pisoni, Dr. A. Sattin, and Dr. T. Fellin, IIT Genoa

Coherent anti-Stokes Raman scattering (CARS) is a nonlinear optical microscopy technique that relies only on molecular vibrations. It provides non-invasive and label-free imaging of specific biomolecules at high-resolution. CARS microspectroscopy has been widely used for cell imaging, tissue imaging and material science. In CARS microscopy two light sources that simultaneously excite the sample are required, the first of which is referred to as the pump and the second one is the Stokes. When a broadband Stokes signal is used in combination with a narrow band pump signal an instantaneous excitation of a broad variety of vibrational modes is achieved and real time characterization of molecular structures can be acquired. This novel method called Broadband CARS (B-CARS) or Multiplex CARS can detect a full range of spectral information in real time, in contrast to other CARS techniques that can only acquire information at a certain frequency at a time. B-CARS has a good imaging speed and spatial resolution and can be used to achieve quantitative analysis.

In order to drive an efficient excitation of all vibration modes pump and Stokes signals must be well synchronized. To ensure this, the laser used as broadband Stokes signal generator must ensure temporally end spatially overlapped longitudinal modes over the whole spectrum. An extra-requisite for efficient detection of small differential CARS signals is that the broadband Stokes signals as well as the pump signals should exhibit low intensity noise at high frequencies.

Lithium Six can be equipped with an optional non-linear conversion module based on an LMA-PCF fiber to convert the narrow band high peak power pulse into a high-power broadband output with wavelengths range from 950 to 1200 nm. The low intensity noise of the input signal is preserved through the LMA-PCF fiber resulting in low-noise broadband Stokes signal, which ensures effective detection of small CARS differential signals. The multicolor pulses emitted by the laser are temporally and spatially overlapped allowing a perfect synchronization of the narrowband pump and the broadband Stokes signal. The stability of the fiber coupling and the long-term operation make this solution ideal for who wants to avoid long and expensive alignment procedures. Lithium Six with the option of broadband generation module (Lithium Six Broadband) provides an exceptional stable source of synchronized broadband Stokes signal for B-CARS microscopy. 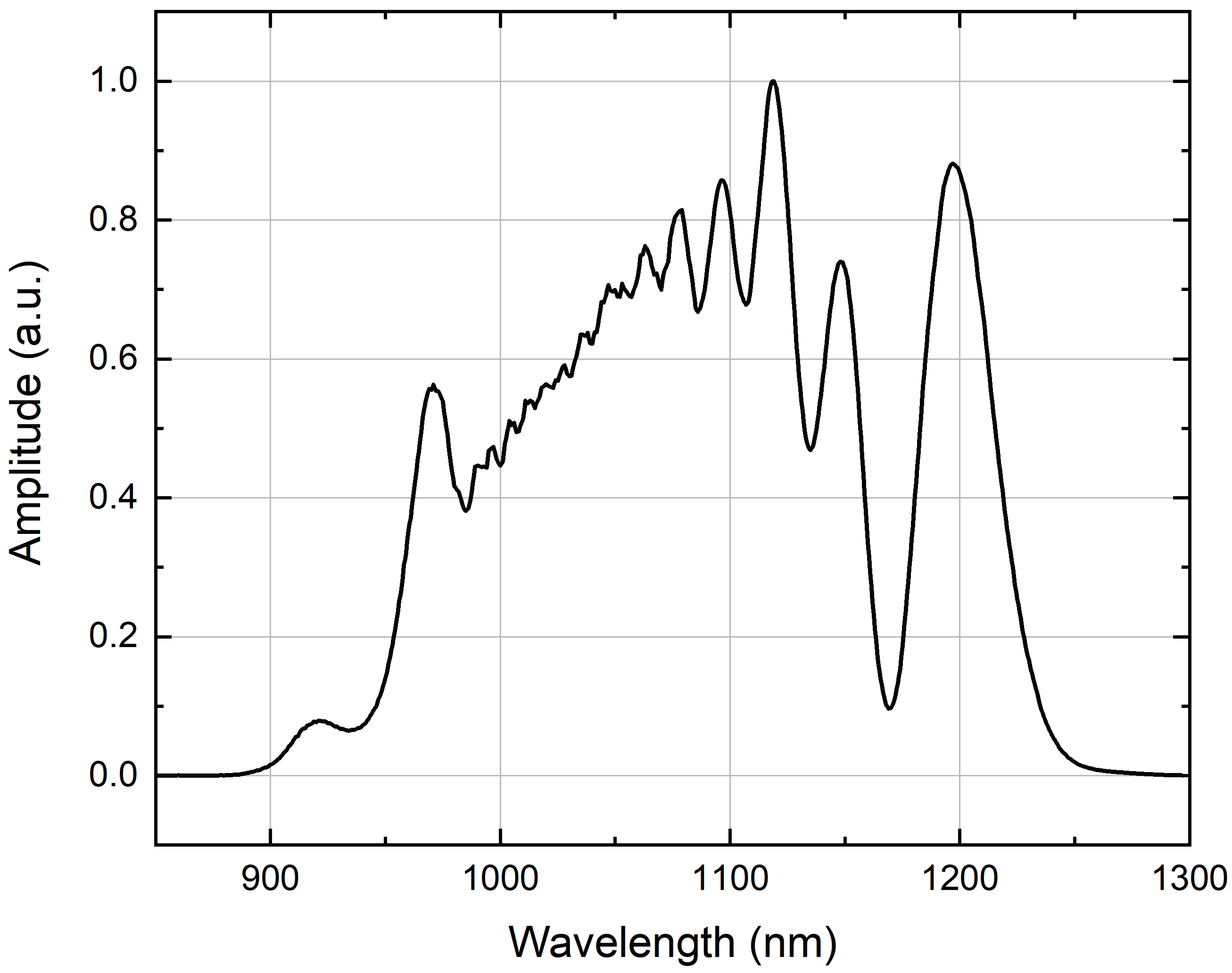 To find out more about Lithium Six Broadband, 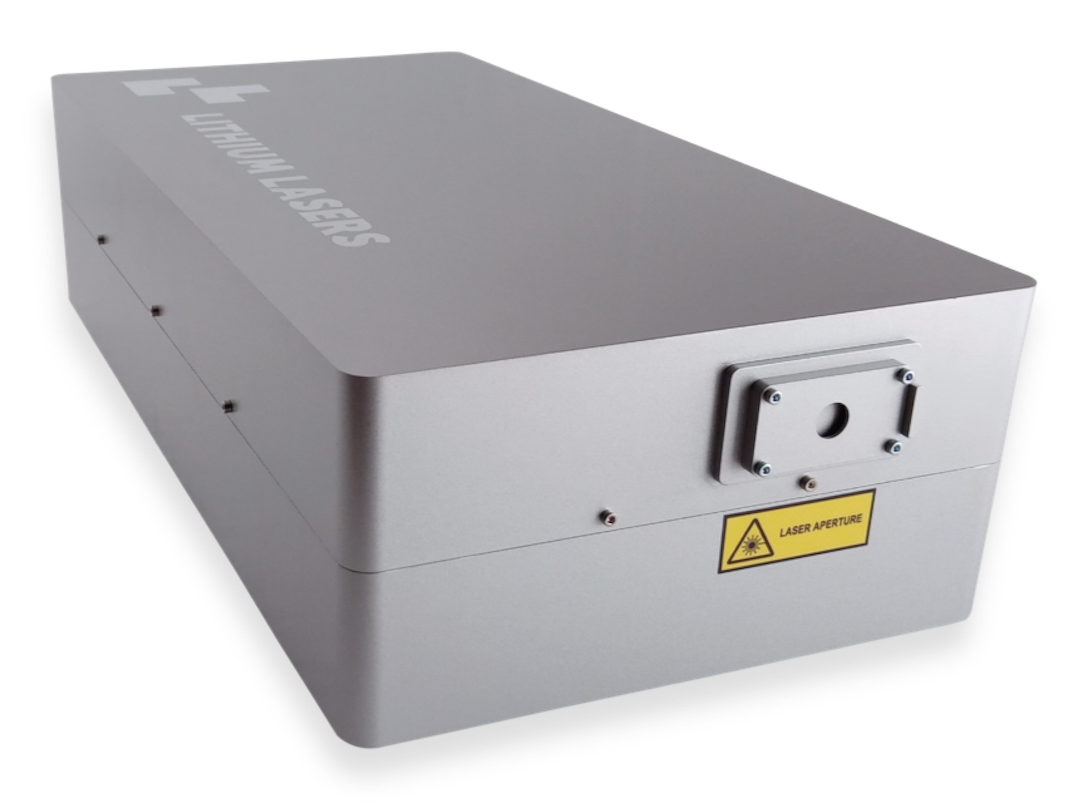